Sign Up and Earn $25 💸
Buy Bitcoin with Japanese Yen ✓
✱ Moving and living abroad just got simpler! Get high maximum transfers into more than 54 currencies while saving up to 90% over local banks. Signup and get free 10 Euro!

With the help you can convert Japanese Yen to any currency of any country in the world. To convert a sum in JPY to another currency and find out the current exchange rate – use the form below please.

What countries use Japanese Yen? 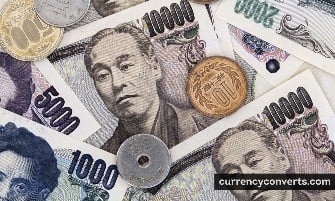 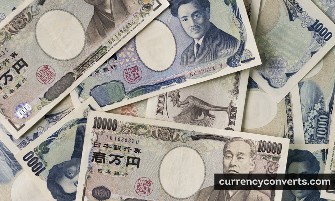 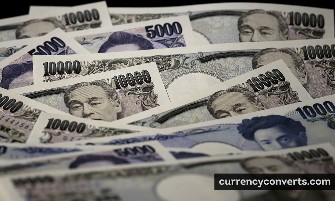 Planning a trip to Japan? If you're travelling to Japan, our travel advice and updates give you practical tips and useful information.

Here is a list of some useful emergency numbers and helplines in Japan to keep handy. Police, fire and ambulance services: who to call and what to say in an emergency or non-emergency situation.

The Japanese Yen content provided on the website includes general news and publications, our personal analysis and opinions, and contents provided by third parties, which are intended for educational and research purposes only.

The yen (Japanese: 円, symbol: ¥; code: JPY; also abbreviated as JP¥) is the official currency of Japan. It is the third-most traded currency in the foreign exchange market, after the United States dollar (US$) and the euro. It is also widely used as a third reserve currency after the US dollar and the euro. The concept of the yen was a component of the late-19th century Meiji government's modernization program of Japan's economy, which postulated the pursuit of a uniform currency throughout the country, modeled after the European decimal currency system. Before the Meiji Restoration, Japan's feudal fiefs all issued their own money, hansatsu, in an array of incompatible denominations. The New Currency Act of 1871 did away with these and established the yen, which was defined as 1.5 g (0.048 troy ounces) of gold, or 24.26 g (0.780 troy ounces) of silver, as the new decimal currency. The former han (fiefs) became prefectures and their mints private chartered banks, which initially retained the right to print money. To bring an end to this situation, the Bank of Japan was founded in 1882 and given a monopoly on controlling the money supply.Following World War II, the yen lost much of its prewar value. To stabilize the Japanese economy, the exchange rate of the yen was fixed at ¥360 per US$ as part of the Bretton Woods system. When that system was abandoned in 1971, the yen became undervalued and was allowed to float. The yen had appreciated to a peak of ¥271 per US$ in 1973, then underwent periods of depreciation and appreciation due to the 1973 oil crisis, arriving at a value of ¥227 per US$ by 1980. Since 1973, the Japanese government has maintained a policy of currency intervention, so the yen is under a "dirty float" regime. The Japanese government focused on a competitive export market, and tried to ensure a low exchange rate for the yen through a trade surplus. The Plaza Accord of 1985 temporarily changed this situation; the exchange rate fell from its average of ¥239 per dollar in 1985 to ¥128 in 1988 and led to a peak rate of ¥80 against the US$ in 1995, effectively increasing the value of Japan’s GDP in dollar terms to almost that of the United States. Since that time, however, the world price of the yen has greatly decreased. The Bank of Japan maintains a policy of zero to near-zero interest rates and the Japanese government has previously had a strict anti-inflation policy. With currencyconverts.com you can convert Japanese Yen (¥) to any other foreign currency. To convert a certain amount of Japanese Yen use currency converter. This page provides a free online information about currency conversion or exchange rates for world fiat currencies. Exchange rates for Japanese Yen is calculated from mid-market real price and updates daily. Usually people search for JPY exchange rate before business travel to Japan, or during trip to other countries and want to check rate of Japanese Yen in local money. On this page you can convert Japanese Yen to main foreign currencies, get fast access to most used amounts of JPY or aether calculate any amount of Japanese Yen in other fiat money.