Sign Up and Earn $25 💸
Buy Bitcoin with Venezuelan Bolívar ✓
✱ Moving and living abroad just got simpler! Get high maximum transfers into more than 54 currencies while saving up to 90% over local banks. Signup and get free 10 Euro!

With the help you can convert Venezuelan Bolívar to any currency of any country in the world. To convert a sum in VEF to another currency and find out the current exchange rate – use the form below please.

What countries use Venezuelan Bolívar? 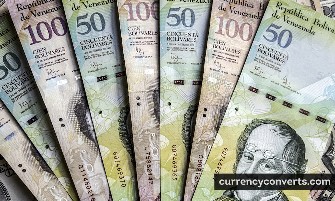 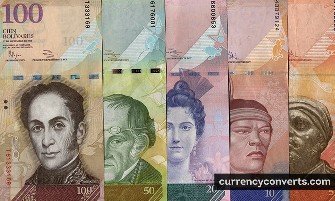 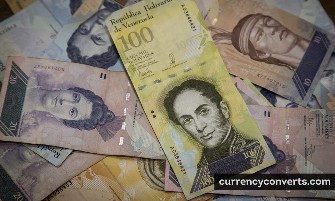 Planning a trip to Venezuela? If you're travelling to Venezuela, our travel advice and updates give you practical tips and useful information.

Here is a list of some useful emergency numbers and helplines in Venezuela to keep handy. Police, fire and ambulance services: who to call and what to say in an emergency or non-emergency situation.

The Venezuelan Bolívar content provided on the website includes general news and publications, our personal analysis and opinions, and contents provided by third parties, which are intended for educational and research purposes only.

@FootyScran @DvoTachira Hate to be that person but COP is thr Colombian peso. VEF is the currency abbreviation for…

The Venezuelan bolívar is the official currency of Venezuela. Named after the hero of Latin American independence Simón Bolívar, it was introduced following the monetary reform in 1879, before which the venezolano was circulating. Due to its decade-long reliance on silver and gold standards, and then on a peg to the United States dollar, it was considered among the most stable currencies and was internationally accepted until 1983, when the government decided to adopt a floating exchange rate instead. Since 1983, the currency has experienced a prolonged period of high inflation, losing value almost 500-fold against the US dollar in the process. The depreciation became manageable in mid-2000s, but it still stayed in double digits. It was then, on 1 January 2008, that the hard bolívar (bolívar fuerte in Spanish, sign: Bs.F, code: VEF) replaced the original bolívar (sign: Bs.; code: VEB) at a rate of Bs.F 1 to Bs. 1,000 (the abbreviation Bs. is due to the first and the final letters plural form of the currency's name, bolívares). The value of the hard bolívar, pegged to the US dollar, did not stay stable for long despite attempts to institute capital controls. Venezuela entered another period of abnormally high inflation in 2012, which the country hasn't exited since. The central bank stuck to the pegged subsidised exchange rate until January 2018, which was overpriced so people began using parallel exchange rates despite a ban on publishing them. According to Steve Hanke, in 2016-2019 and again in 2020, the currency experienced hyperinflation for a total period of 38 months. The rampant inflation prompted two redenominations. The first occurred in August 2018, when Bs.F 100,000 were exchanged for 1 sovereign bolívar (bolívar soberano in Spanish, sign: Bs.S, code: VES), and another one happened on 1 October 2021, but called "Nueva expresión monetaria" or new monetary expression, which removes 6 zeros from the currency without affecting its denomination but have a new ISO code at a rate of Bs.S 1,000,000 = Bs.D 1 , thus making Bs.D 1 worth Bs. 100,000,000,000,000 (1014, or Bs. 100 trillion in short scale) Both monetary cone are in circulation, though the economy has undergone extensive currency substitution, so the majority of transactions happen in US dollars, or, to a lesser extent, the Colombian peso. With currencyconverts.com you can convert (Bs) to any other foreign currency. To convert a certain amount of Venezuelan Bolívar use currency converter. This page provides a free online information about currency conversion or exchange rates for world fiat currencies. Exchange rates for is calculated from mid-market real price and updates daily. Usually people search for VEF exchange rate before business travel to or during trip to other countries and want to check rate of Venezuelan Bolívar in local money. On this page you can convert to main foreign currencies, get fast access to most used amounts of VEF or aether calculate any amount of Venezuelan Bolívar in other fiat money.